Cuts and Convos helps low-income residents of Michigan look good, feel good, and ultimately become gainfully employed. The charity accomplishes this through complimentary haircuts and beauty services with uplifting conversations. They know that a fresh look and improved outlook on life may be the key to turning someone’s life around.

In this charity spotlight I spoke with the President of Cuts and Convos, Jonathan Arias. 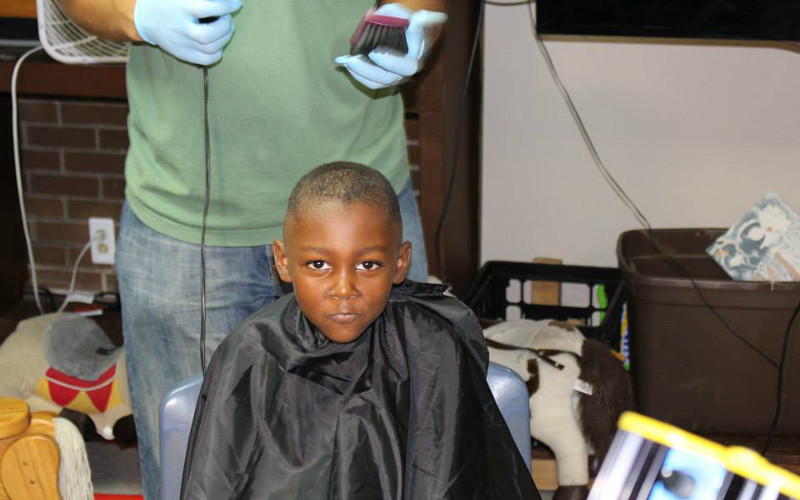 Cuts and Convos grew out of Jonathan’s desire to help others. When he lived in Tallahassee, he got no satisfaction from his job so he volunteered for a community charity event and was encouraged to cut hair. Despite being tentative about cutting a stranger’s hair, he accepted the challenge. In Jonathan’s words, “life is about what you give.”

The experience was so fulfilling that Jonathan decided he wanted to continue cutting hair. The next opportunity to do so presented itself when he moved to Lansing, Michigan. He had some extra bandwidth, so he offered his services to the City Rescue Mission of Lansing. Cuts and Convos was started.

Cuts and Convos wants to help people become gainfully employed by helping them look good (which in turn helps them feel good) and empower them with encouraging and directed conversations. They have helped over 250 Michigan residents and recently celebrated their one year anniversary.

They are able to connect with so many people by working with other charitable organizations in the area such as Homeless Angels and Haven House. They also maintain a strong relationship with the City Rescue Mission of Lansing. 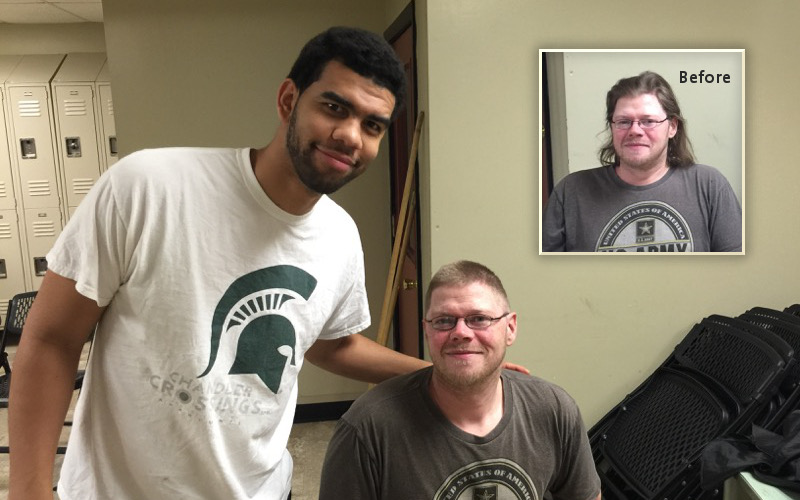 Cuts and Convos has won the SoupGrant Lansing micro-grant twice and they recently introduced a free van service to help get interested persons to church, but for Jonathan the big wins are the personal stories.

One such story was about a man who was in prison for 21 years and had just been released three days prior. His hair had not been cut in seven years and he was eager for a fresh start. Jonathan wasn’t just cutting a man’s hair that day, he was cutting his past away and helping him move forward with a new life.

For anyone who is running a nonprofit or is interested in starting a charity, Jonathan recommends focusing on your mission and goals. It’s all about the good work you’re doing. Love your work and word will get around. 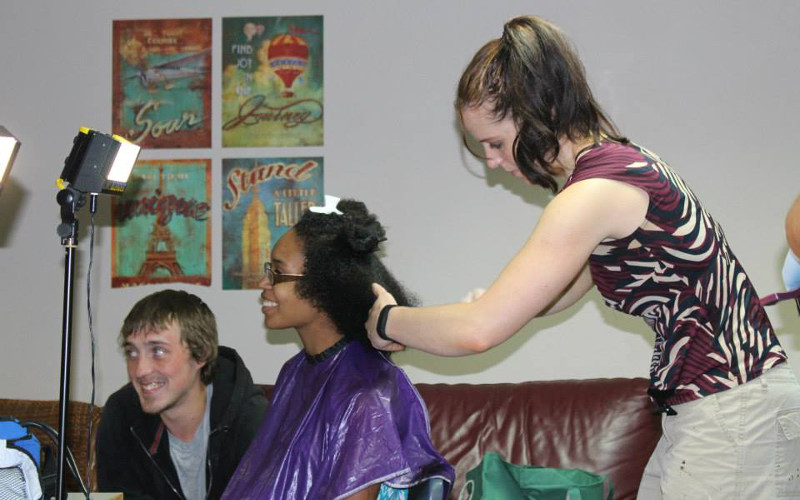 Cuts and Convos would love to expand to more locations. Doing this would require bringing in more donations, hair care supplies, and equipment, but it would also mean touching more lives.

Jonathan also wants to expand on the impact of “cuts and conversation” by starting a podcast or vlog. He would cut the hair of an expert in a field such as teen pregnancy or sexually transmitted diseases and help spread awareness of those topics through the conversation that ensues.

If you’re interested in donating to a charity, look at the work the charity is doing and see how your donations will be used. Commit your charitable efforts toward something you love and consider volunteering.

If you want to learn more about Cuts and Convos, you can reach them by clicking one of the buttons below.

Photographs courtesy of Cuts and Convos with consent from subjects.