The Michigan Women’s Historical Center and Hall of Fame celebrates Michigan women in history, honors the magnitude of their impact, and educates the public about their accomplishments. The center does this by sharing the stories of remarkable women in Michigan’s history.

In this charity spotlight, I spoke with the Executive Director of the Michigan Women’s Historical Center, Emily Fijol.

History is remembered as stories told to us by other people. By telling different stories, people have the power to change history. In 1973, the Michigan Women’s Studies Association (MWSA) was organized to tell the Michigan women’s stories and change the way women are taught about in school.

The association’s mission was not limited to the classroom, though. In 1983, they introduced the Michigan Women’s Hall of Fame as a way to recognize women of great importance to Michigan’s history and celebrate their accomplishments outside of an academic setting. Over 700 people attended.

Four years later, on the anniversary of women’s suffrage in Michigan, MWSA continued their public outreach and reopened the Cooley-Haze House as the Michigan Women’s Historical Center and Hall of Fame. The center would serve as the home of the Hall of Fame and a museum dedicated to women’s history in Michigan.

Each year, eight to twelve women are inducted into the Hall of Fame. All nominations are reviewed by several diverse panels of judges. A formal dinner and award ceremony is held after inductees are selected. Each honoree is introduced and awarded a plaque. The plaques are then added to the Hall of Fame gallery, where their story is shared with everyone.

The Michigan Women’s Historical Center and Hall of Fame is surrounded by the beautiful Cooley Gardens in Lansing, Michigan. In addition to the Hall of Fame, the center hosts a library and other exhibits where visitors can learn about women’s history. The museum gift shop sells many items made by and for women as well as other educational resources such as books and DVDs.

The center also maintains the Women’s History Trail. The trail consists of several significant locations across the state of Michigan where visitors can learn about distinguished Michigan women and their role in Michigan’s history. 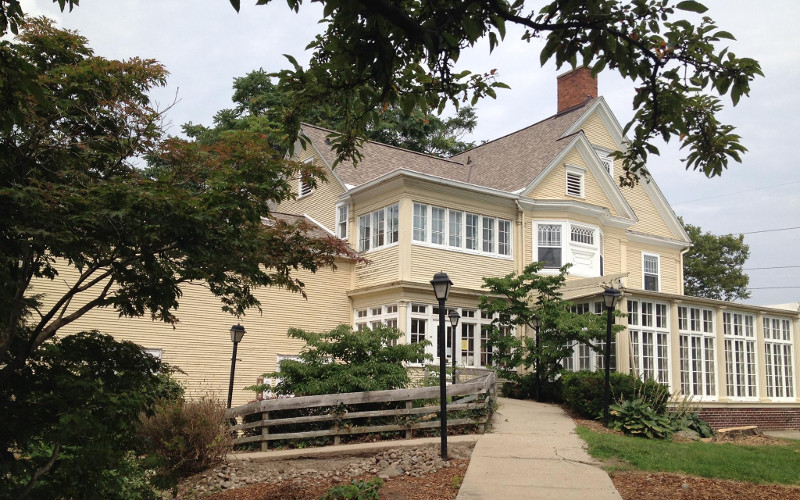 The 2015 Hall of Fame Awards Dinner was the center’s most successful ceremony to date. The award ceremony switched things up this year and allowed honorees to share their stories with the audience as an alternative to a more traditional acceptance speech.

The historical center also recently opened Great Girls in Michigan History. This exhibit provides interactive ways for a young audience to learn about Michigan girls under the age of twenty who overcame great obstacles to achieve great things.

Emily says that the Michigan Women’s Historical Center is in a period of transition. They hope to redesign some of their exhibits and find more space. They also want to introduce technology into their programs.

The historical center is also committed to representing women across the whole state of Michigan and is looking at expanding their coverage in areas such as Michigan’s upper peninsula.

If you want to start a nonprofit, Emily suggests filling a specific niche in a cause you care about. Make sure to talk to others who are doing similar things, too. Networking is a great way to learn and it provides a support group for helping each other succeed.

Charities want to make the most effective use of volunteers as possible. If there’s a unique skill that you bring to the table, make sure to mention it. It doesn’t even have to relate to the charity’s cause. Emily uses social media as an example. It’s an important function for charities these days, so if you find a charity that doesn’t post regularly, offer to do it for them! Your help can open new doors for charities.

If you want to learn more about the Michigan Women’s Historical Center and Hall of Fame, you can reach them by clicking one of the buttons below.